In this post, we’re going to be taking a look at the W3 Total Cache plugin, taking an in-depth look at the features offered, running a performance test, and finally show you how to set up the plugin for your website.

What is W3 Total Cache?

W3 Total Cache is one of the oldest caching plugins for WordPress. Launched initially in 2009, it’s been on a whirlwind ride.

From being one of the most famous caching plugins for WordPress to having a slump in developer support resulting in a mostly negative view of the plugin.

In 2019, BoldGrid acquired the plugin, and since then, it’s been on the path to recovery with a renewed focus and effort on what is an excellent caching plugin.

W3 Total Cache has over 1 million active installs with over 3252 five star ratings. Although the plugin also has a rather considerable 447 one-star ratings, is there trouble afoot?

What good is a review of a caching plugin if you don’t get to see it in action?

That’s why we decided to test how well W3 Total Cache performs in this review. A bit about the test website. It’s set up using PHP 7.3 on a Linode server with WordPress 5.3.

The theme I’m using for these tests is Astra, a blazingly fast lightweight WordPress theme. And I’m also using one of the Astra starter site templates allowing you to build a full site in minutes.

A fully loaded page time of 3.7 seconds, page size of 579KB and 56 page requests. What impact will W3 Total Cache have?

How To Speed up Your Website Using W3 Total Cache

Now you’ve seen our results, you might be wondering, “well, how do I set up W3 Total Cache to achieve similar results?” Luckily for you, we’re going to show you how.

Step 1: How to Install and Activate W3 Total Cache

Head on over to your wp-admin > Plugins > Add New and search for “W3 Total Cache”.

Install the plugin and activate, it’s that simple!

In your wp-admin, you’ll now have a new menu item on the left-hand side called “Performance.” Hover over that and then click “general settings”:

As while you can go through each sub menu item, general settings also contain all the same settings you see in the submenu flyout.

Once you’re on the general settings screen, it can be a bit overwhelming, the interface isn’t exactly beginner-friendly, and there’s an overload of information. Some of which won’t even work unless you don’t have particular prerequisites set on your server!

Let’s take a look at how we set up the plugin to achieve our results:

Still in the general settings scroll down to the minification options:

Like most of what we’ll be doing for our simple configuration, not a lot needs changing. Enable the minify option and leave all the rest of the options to their defaults.

You may be thinking, “but why aren’t we changing more settings?” Because out of the box, the majority of sites will work fine with the default settings once a module is enabled.

The secret comes with not enabling the “wrong” modules that aren’t compatible with your site (we’ll explore that later in this very article).

Now scroll down and enable the following module (leave all the module settings at what they’re already on, only enable the module itself).

And you’re done! Yet why didn’t we enable all the options? Some of the main options we didn’t enable.

However, unlike most other plugins, the Pro version is only available in-app within the free plugin interface, and there’s no multi-site license discount. Meaning if you need it for 50 sites, you’ll still pay $99/site.

Overall the pricing structure makes it much more expensive than plugins like WP Rocket if you need the Pro version across a few sites.

There’s a lot in W3 Total Caches, here’s everything that W3 Total Cache has (note: some features mentioned may require the Pro version of the plugin).

Here’s a quick look at some of our favorite features of W3 Total Cache.

An unusual addition to a caching plugin, albeit a welcome one! Lazy loading prevents loading off-screen images until needed, speeding up the overall load time of your website.

Usually, you’d have to install an additional plugin specifically built for lazy-loading. But with this option in W3 Total Cache, it makes Lazy Loading a cinch!

W3 Total Cache has some of the most comprehensive CDN options available out of any caching plugin. Including direct integrations with StackPath, Amazon Cloudfront, MaxCDN, and more.

Although one noticeable absence from its selectable CDN options is Cloudflare. You can still use Cloudflare with W3 Total Cache. It just requires a bit more configuration.

What Are the Advantages of W3 Total Cache?

Caching Options — There’s a plethora of caching options from browser caching, page caching, object caching, fragment caching, and database caching. Most other caching plugins usually only come with one or two of those options.

CDN Support — With a comprehensive CDN integration, you can use almost all major CDN providers with W3 Total Cache without any hassle.

Any Negatives About W3 Total Cache?

Unfortunately, there are a few:

Pricing — The pricing just isn’t friendly to anyone that owns 3 or more sites. You’d be much better off using a plugin like WP Rocket, which you could use on unlimited sites for the same price as 3 sites with W3 Total Cache.

Support — Before BoldGrid acquired W3 Total Cache, many thought it had been abandoned by its original developer. Although those issues seem to be resolved now, it’s still the elephant in the room.

Interface — There’s a lot of options that are quite confusing, and nothing is explained very well within the interface either. The lack of proper documentation doesn’t exactly help the matter. Not exactly what you’d call beginner-friendly.

And while not a negative per se as it is a caching plugin, W3 Total Cache does lack the more sophisticated options such as disabling scripts and optimizing the database that plugins like WP Rocket allows.

Despite the drawbacks, W3 Total Cache still provides impressive results in our tests, and if you’re more developer-oriented is definitely worth a shot! We’d personally recommend sticking with the free version, given the rather expensive paid/Pro options.

Have you used W3 Total Cache before? Have you ever run into any problems with the plugin before? What’s your favorite caching plugin? Let us know in the comments below.

How can I redirect HTTP requests to HTTPS using an Application Load Balancer?

Ultimate Guide: How to Make a Website in 2020 – Step by Step Guide 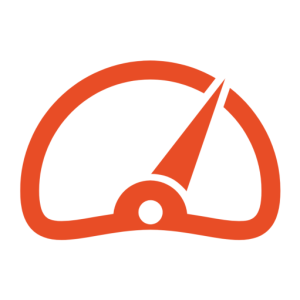